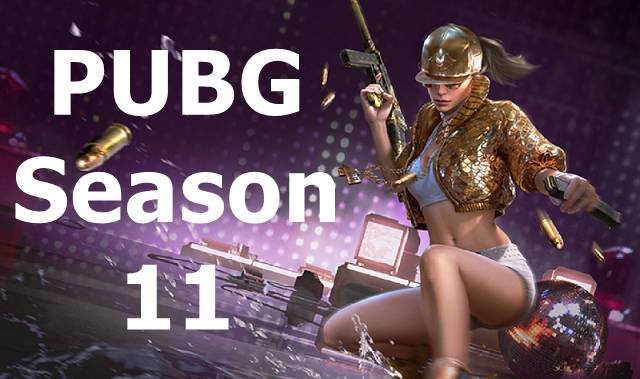 The all-new PUBG update in season 10 includes MP5K gun and a new Team Death Match: The Ruins map. Since then a lot of things have been added. So that’s an interesting update and moving forward there is Season 11 coming up. Check out PUBG Season 11 update, release date, start time, outfit, royal pass, leaks and features list expected. So with the new year, there comes the new PUBG update and its time to wish pubg new year.

Are you wondering when pubg season 11 will start? Then you have arrived at the right place for the right information.

The PUBG Season 10 began on November 8 and will end on January 8 2020. The new PUBG update Season 11 will begin on January 9. The season will be of around 2 months (8 weeks). Each week there will be several missions separately for normal and elite players who have purchased the royal pass.

Just before Season 10 update, there was a big update that brought the Payload mode to the public with rocket launchers, helicopters, and a chance to call team-mates even after they are dead.

With the Season 11 update, you can see the introduction of a new map altogether. As of now, it’s not clear what the update might include but beta testers will get this upgrade ahead of public release.

It would be great if game developers add an option to recall team-mates even after their death to existing classic matches in Erangel, Miramar, Sanhok and Vikendi maps.

The new PUBG season adds Domination Map which is a realistic map in which 2 teams of 4 can be played. Comprising of 3 bases, it’s a simple as dominating your opponents to capture 2 bases to win out of 3. One random base will be activated soon after the match begins and the next base will be unlocked after the first base is captured.

So that will answer your question of when is pubg season 11 update is coming out. It will be the 0.16.5 update and features are leaks through beta update. And talking about the outfit, it will be interesting.

Through a new leaked video by Mr. Ghost Gaming the new PUBG update will include a new M416 skin, M762 skin, backpack, pan skin, helmet skin. The rewards looks to be wonderful especially the legendary pan skin. The level 3 backpack includes a transformers like skull alongside with blue color looks wonderful.

As we said, the new PUBG update will include the following rewards –

We will update you more about the PUBG Season 11 update features as soon as it happens.