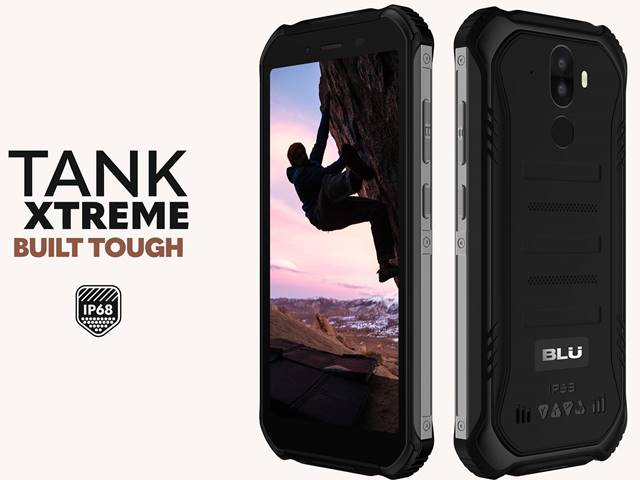 As reported by BLUCellPhones.us, BLU Tank Xtreme is the latest smartphone in the Tank Series by BLU. It’s priced at $129.99 and available for purchase from Amazon. The main highlighting feature of the device is the 4200 mAh battery which comes with the support of 5V-2A quick charging.

Going through the BLU Tank Xtreme specifications, the device comes with a 5.5-inch display and powered by a Quad-core processor with 2 GB RAM and 32 GB inbuilt storage. It runs on the latest Android 9.0 Pie version out of the box.

Going through the camera, it has a dual rear camera setup with 13 mega pixel and a depth sensor with LED flash. There is also an 8 mega pixel selfie camera on the front but it’s not pop-up as seen in the Bold N1 mobile phone. For security purpose it has a fingerprint sensor on the back. It can be submerged up to 1.5 meters for 30 minutes hence receives the IP 68 Certification.