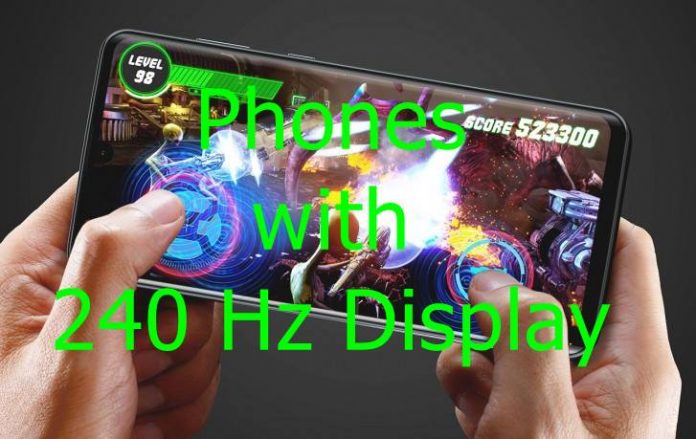 We probably have a half a dozen of 120Hz display smartphones and Sharp has already unveiled the Aquos Zero 2, the world’s first phone with 240Hz display refresh rate. It’s announced in partnership with Sharp-sponsored eSports team.

Sharp want to take their name when it comes to highest refresh rate mobile phones. The Japanese smartphone seller unveiled this mobile phone in September 2019 itself but that was available for sale in Japan only but now it makes to stores in Taiwan.

The Sharp Aquos Zero 2 is powered by Qualcomm Snapdragon 855 chipset although Snapdragon 865 is the latest one. It’s coupled with 8 GB of RAM and 256 GB inbuilt storage. There is a stunning 6.4 inch display that gets in-display fingerprint scanner on top of Corning Gorilla Glass 6 protection.

With that configuration we can easily understand that it’s a high-end gaming phone running on Android 9.0 Pie version.

In terms of camera, this latest Sharp Android phone comes with 12 MP main shooter with f/1.7 aperture with a 20 mega pixel f/2.4 ultrawide camera. There is a 8 mega pixel camera with f/2.4 aperture on the front for selfies and video calling.

Sadly it has got 3130 mAh battery which actually is very low considering the gaming fan enthusiasts and further the high display refresh rate too drains battery a lot.