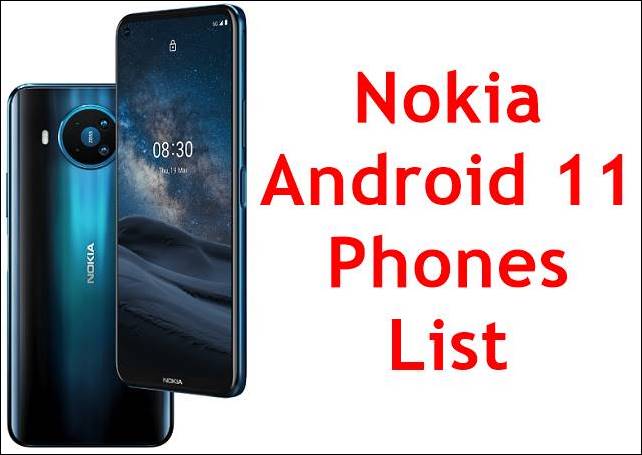 HMD Global has emerged as the top mobile manufacturer to provide regular software updates. This magic can only happen if you choose the stock Android version on your mobile phone and since Nokia’s entry into the Android segment with a new owner called HMD Global.

HMD Global has already said that they provide software upgrades support to all of their smartphones in the Android lineup for two years and three years of security patch fixes. With that, it’s clear about the Android 11 roadmap.

Here we list down the Nokia Android 11 Phones List (confirmed and expected to get the Android 11 update).

The newly launched Nokia 5.3 and Nokia 8.2 5G are the first and foremost devices to get this Android 2020 update.

Nokia 1.3 will receive the Android 11 Go Edition update which is still not yet announced.

The following devices are expected to get the upgrade –

So that’s the expected and confirmed Nokia Android 11 update phones List. Several other OEM’s are yet to list their mobile phones.