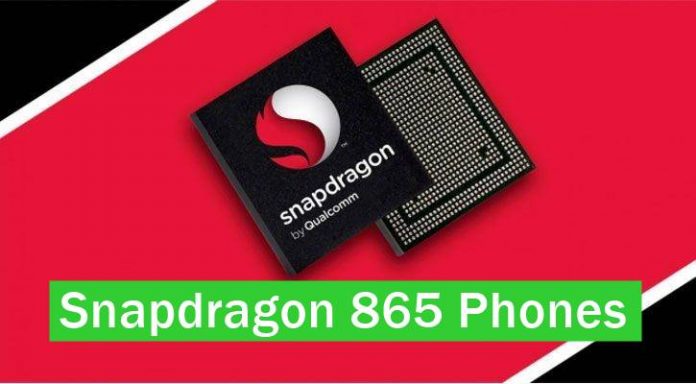 The Snapdragon 865 Mobile platform has been leaked by Ice Universe, the popular Samsung leakster on his Twitter account. According to the tweet, Qualcomm Kona is going to be the upcoming rumored chipset by the company. Further, the tweet says that the next flagship Qualcomm chipset will be powering the upcoming Samsung Galaxy S11 phone and the Geekbench results are out as well.

This is the first Snapdragon 865 Geekbench score, single core more than 4,000, multi-core close to 13,000, if no accident, it will be used for Galaxy S11, (early results for reference only, does not represent the final production version of the results) pic.twitter.com/auCan2ZUKd

The Qualcomm Snapdragon 865 chipset will be the powering the most flagship smartphones in 2020. Most OEM like Samsung, HTC, Xiaomi, LG, Huawei, Poco has used Qualcomm chipset in the past because it provides matchless performance and speed and the trend is most likely to be followed in 2020 as well.

Here we are not going through the Snapdragon 865 chipset features or benchmarks comparison but we are just going to list the devices will be powered with this upcoming Qualcomm chipset.

The first Snapdragon 845 phone is expected to be Samsung Galaxy S11 which will be unveiled early in 2020, because it has become customary for the South Korean smartphone giant to unveil a flagship S model on the first day of Mobile World Congress 2020 to be held from February 24 to February 27.

Not only Samsung Snapdragon 865 phone but also there will be several other flagship phones from LG, Huawei, HTC, Sony will be unveiled at the biggest mobile event in the world to be held in Barcelona, Spain.

In the third quarter of 2020, Samsung will also unveil Galaxy Note 11 and Galaxy Note 11 Plus, the phones which are known for performance and speed and Snapdragon 865 could be a true leader in that.

As of now, it’s too early to talk about the list of Snapdragon 865 phones because there is no details about this chipset from the maker.