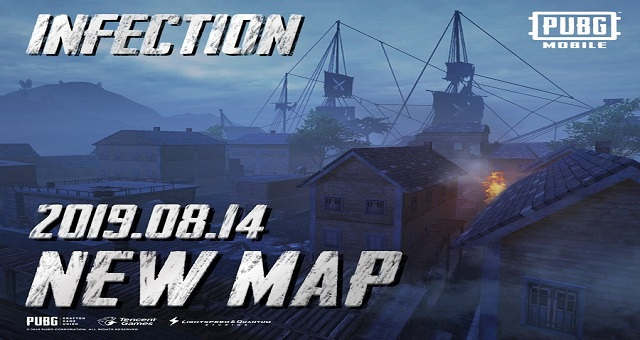 PlayersUnknowns BattleGrounds famously known as the PUBG has introduced all-new Season 8 on July 16 with many changes and improvements and now a new 0.14.0 Update adds PUBG Infection Mode Map to the game.

Struggle through a blighted urban environment and seek to eliminate your foes in a brand new map for Infection Mode. With tons of opportunities for vertical gameplay, this unique area will test your tactics to the max in Update 0.14.0! pic.twitter.com/7hAf5kwQW6

All new PUBG new update was announced at the PUBG Mobile Cup Open 2019 held in Berlin last month. Along with the PUBG Infection mode, there is a new Zombie mode too. It has already two Zombie modes – Darkest Night and Survival Till Dawn 2 in which players are divided into defenders and Zombies. Worldwide, this PUBG Zombie mode hasn’t attracted many players as they continue to play the four maps.

Erangel is becoming more beautiful than ever before! Check out this first look at the upcoming Erangel revamp and let us know what you think! pic.twitter.com/Pc65gjhJCN

There is a new character system coming up and there is a Pirate main menu theme too. With that, it adds a million-dollar treasure hunt. Also PUBG introduces Victor a new character available for free. You can collect him from Workshop.

As of now, we don’t have any update on how will be the gameplay but the beta update is available for those to early access.

I am sure the Erangel 2.0 map will bring more world wide highest-grossing game.