After US trade ban, the clouds were looming over future of Huawei but they have sorted out the things with Google. But in a sad news to United States and Google, Huawei Technologies Co. Ltd has announced a new in-house Harmony OS at Huawei Developer Conference held in Dongguan, China. 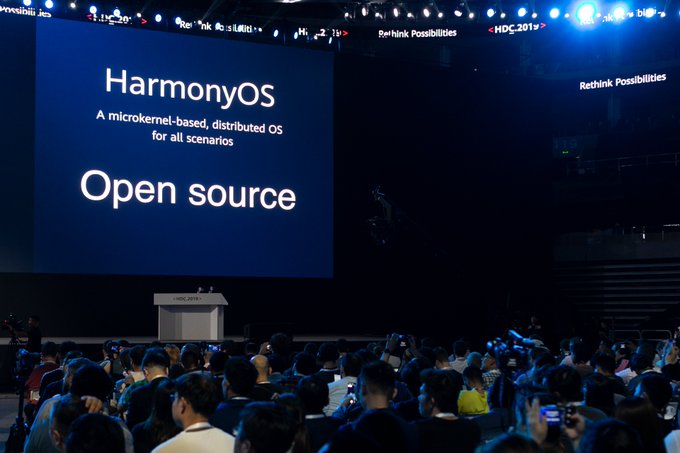 The Huawei Harmony OS takes on Google’s mobile operating system and there is nothing to lose for the Chinese smartphone giant. The announcement was made at the conference by Richard Yu, CEO of Huawei Consumer Business Group and later it was shared on Huawei Mobile official Twitter account.

The Harmony OS will be not only available for smartphones but will get extended support for tablet PCs, smart TVs, smart Speakers, smartwatches, smart home, smart cars and lot more.

Harmony OS is an open source OS and will not allow the root access, which they say is a security risk. Further, Mr.Yu said that you can’t side-load Android apps on Harmony OS.

Work on the Harmony OS began two years back with version 1.0 and it’s only in 2019 that the work has been accelerated. Huawei says that version 2.0 of its microkernel will be released by early next year while version 3.0 will arrive in 2021.

As of now, Huawei will stay with Android and slowly will launch smartphones powered by Harmony OS on trial basis.