With this feature addition on your Whatsapp if you have received a series of voice messages in group or personal chat, it will be played in sequence. Earlier, users have to play all those voice messages one by one and it was little irritating. Now you don’t have to press play on each message. 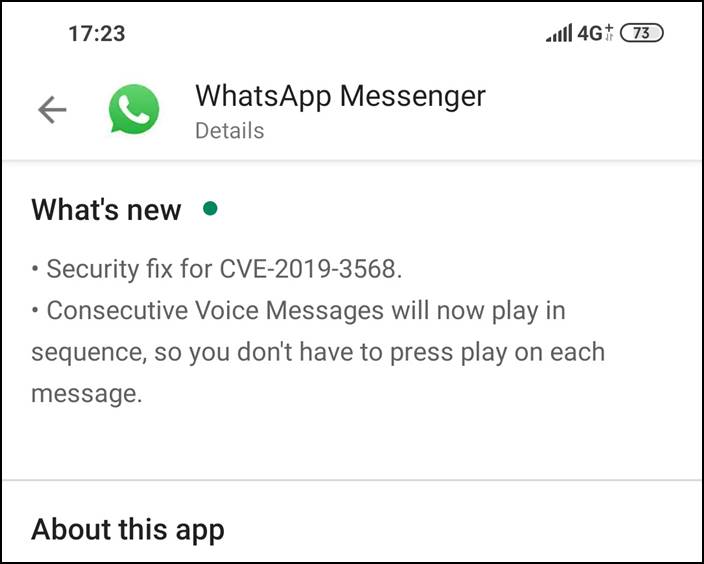 Continuous voice message playback feature is available in WhatsApp’s latest stable version release on Android mobiles. It will be soon rolled out on iOS platform as well. Make sure that your WhatsApp version is 2.19.150 or higher.

You can know your existing WhatsApp version by opening the WhatsApp and then head to Settings, tap on Help and then tap on App Info. You will get all the details. As seen in the screenshot, I am currently running version 2.19.158.

If you see an older Whatsapp version on your device(other than 2.19.150 or prior), then you will have to update the app by going through Play Store, search for Whatsapp and then tap on Update. It’s a minor update and so you can even update it using your mobile data as well.

In order to make sure that the users have smooth experience while using their app, they experiment with the latest feature through beta updates. You can take advantage of it by joining WhatsApp beta testing program.

Whatsapp Continuous Voice Messages Playback in Sequence is available to all users with the latest update because it’s been rolled out on stable version as well.