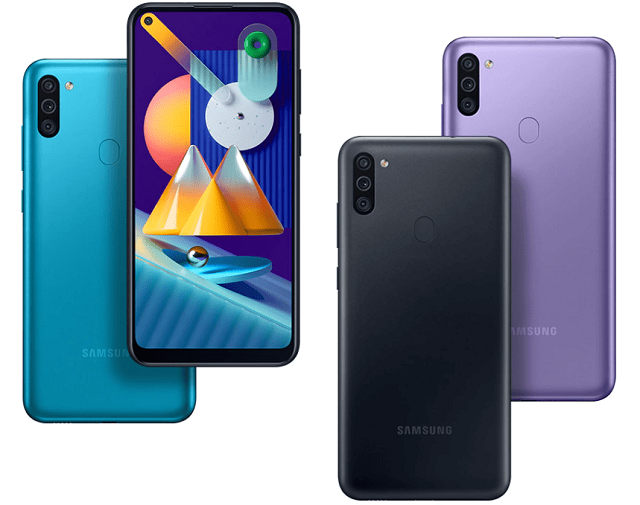 To start with, the Galaxy M11 is a successor to Galaxy M10 which was launched last year. The device is targeted at customers having a limited budget of Rs 9,999 i.e., $130 USD.

Going through Galaxy M11 specifications, it comes with a 6.4-inch HD+ Infinity-O LCD punch-hole display. On the back of the device, there is a fingerprint sensor as well as Facial recognition.

Under the hood, the latest Samsung mobile phone is powered by an unknown chipset with 1.8 GHz Octa core processor. It will be available in two different variants carrying 3 GB RAM with 32 GB storage and 4 GB RAM model with 64 GB onboard storage. Both the variants have microSD card support up to 512 GB.

Going through Galaxy M11 camera, it has a triple rear camera assembly with 13 mega pixel with f/1.8 aperture acting as the primary sensor, 5 MP ultra wide camera with f/2.2 aperture and a 2 mega pixel depth-sensing camera. The rear camera can record videos of up to 1080p full HD.

The MSP of the device remains the massive 5000 mAh non-removable battery and it has been seen in most Galaxy M series mobiles. The phone supports 15W fast charging capabilities.

Officially there is no price tag announced of Galaxy M31 but it will be revealed soon on the companies official website.