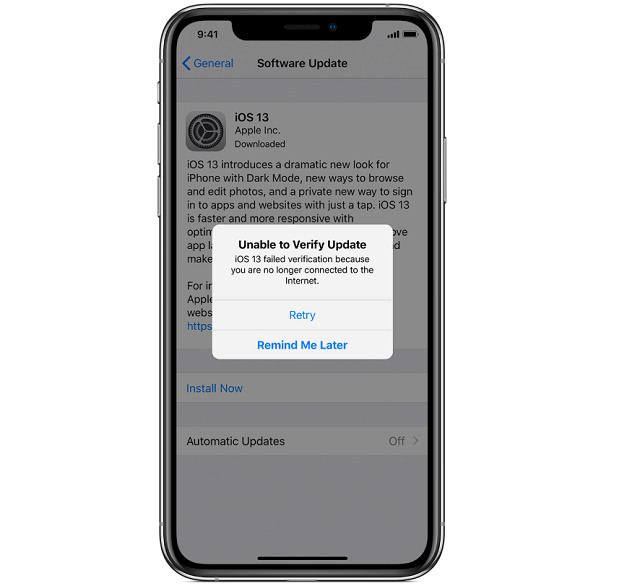 Several users have reported that their Apple iPhone is giving them Unable to Verify update error when they are updating their device to iOS 13.4 leading to unsuccessful download. Most of these techie users took the help of Twitter and Facebook groups to report this error.

The error reads with this pop-up shown –

“Unable to Verify Update. iOS 13.4 failed verification because you are no longer connected to the Internet.”

And you have only two options –

If those don’t work you can reset your iPhone Network Settings. Alternatively, this may happen when the Apple servers are down.

Even doing all these things, many users are still facing the issue while downloading the iOS 13.4 update. Apple has already mentioned a general solution when you have an OTA update error on this page.