PlayersUnknowns BattleGrounds famously known as the PUBG has introduced all new Season 8 which comes with many changes and improvements.

It’s July 16 and it’s the end of yet another season for best strategy mobile game. Among the most important feature in PUBG is the inclusion of all new PP-19 Submarine machine gun. The PUBG Season 8 will be released on July 18 with the release of 0.13.5 version.

PP 19 Bizon gun is the newest PUBG Mobile weapon. It’s the 5th SMG gun that requires 9 MM ammunition to operate. This gun is available in Vikendi and Erangel maps and it can hold up to 53 rounds of 9 MM in a single magazine.

In terms of Attachments it can scope range from Holographic Sight to 6x and also has muzzle support. Unfortunately, just like the DP28 there is no space for any grip or magazine attachments. The PP Bizon 19 gun can deal a damage of 35 in a single shot which is very similar to UMP9 with velocity of bullet as 100m.

If you find this weapon early in the game then use it because it has 53 ammos, higher than Thomson SMG. It’s ideal for use in Short range and mid-range fights.

If you want to get this gun, then try to play in Erangel or Vikendi map and use it. Stay tuned for more updates in the PUBG Season 8. 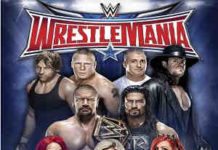